Two of my books have been selected by Amazon for their June Monthly Deal promotion. Driving into Darkness and Fear the Silence have both been reduced in price and are now available for £0.99 in the UK and £1.27 in the US. 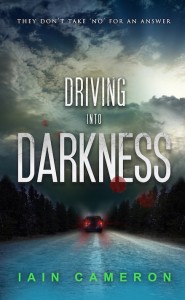 Car thieves are terrorising Sussex
A gang of vicious car thieves are smashing into rural properties and stealing expensive cars. Their violence is escalating and it is feared someone will soon be killed. The prediction comes true when Sir Mathew Markham, a prominent Brighton businessman is murdered. Detective Inspector Angus Henderson can see differences between the methods employed by the car thieves and the way the victim died, but his bosses, the press and the general public believe it was the gang and are baying for justice.
The DI must go out on a limb to prove another murderer is responsible, but in doing so, he puts his own life on the line. 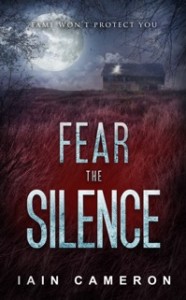 Fame won’t protect you
A famous ex-model goes missing. Her husband is a womanizing, aggressive businessman and it isn’t long before friends and the press start to speculate about his role in her disappearance.
Detective Inspector Angus Henderson is at a loss, as their investigation shows nothing is missing from the house but the items she was carrying in her handbag on the morning she disappeared.
In time, the DI starts to believe it was her husband, but his judgement is called into question when another woman disappears.