With the date of the 2016 Oscars fast approaching, I thought I’d take a look at the movie industry’s relationship with writers and in particular, what it means for authors of popular books.

If you take a look at the Oscar nominations for any year, lying somewhere near the bottom of the list are the awards for Original Screenplay and Adapted Screenplay. In case you’re wondering what they’re awarded for, let me explain. The starting point for any film is the screenplay; a document which tells actors what to say, when to say it and what action will take place. You can see an example here. They originate from two main sources:

Universities run courses to teach the art of screenwriting and various cafés and coffee bars in Los Angeles are filled with young hopefuls, typing away at scripts and hoping to catch the eye of a producer. Directors have been known to write them, (Avatar), actors too, (Good Will Hunting) and in more troubled projects, a succession of scriptwriters will be hired when others are deemed not good enough (Gladiator).

This may involve an individual or a team of screenwriters, but their work will be based on a book. A director may slavishly follow every sentence of the original text and re-create every action scene with unerring accuracy (Lord of the Rings), or they may take liberal sidesteps from the story to save money or to satisfy the demands of the studio financing it (One Day).

The eight films nominated in 2016 for Best Film category are: 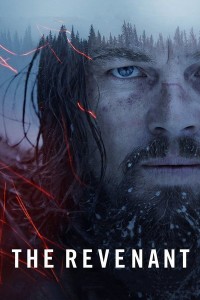 The Martian – book by Andy Weir

The Revenant – book by Michael Punke

On this evidence, book adaptations win hands down, and a good thing for we authors you might think. However, when the top 100 grossing films of all time are analysed, a list that includes blockbusters such as Avatar, Star Wars and The Avengers, adapted screenplays only feature in a quarter of all films. If Harry Potter, Twilight and Lord of the Rings are excluded, the number wouldn’t reach 10.

What does this tell us? That things are changing and in future we should expect to see more of our favourite authors on the podium at the Dolby Theatre? I don’t think so; basing a film on a book may make good cinema, but it’s unlikely to give you a high-grossing blockbuster.

Depressingly, the high-grossing list is dominated by movies based on previous movies, comics and even a ride at a Disney theme park. It is films like Star Wars: The Force Awakens, which by 12/01/2016 had grossed over a billion dollars at the box office, and not those like Brooklyn, which grossed $22m by 08/01/2016 that dominate the best-seller charts and keep movie studios in business. Add to this Hollywood’s aversion to losing money, it’s no wonder production companies frequently take out options on books but few are made into films.

One Response to Does Hollywood Love Authors?